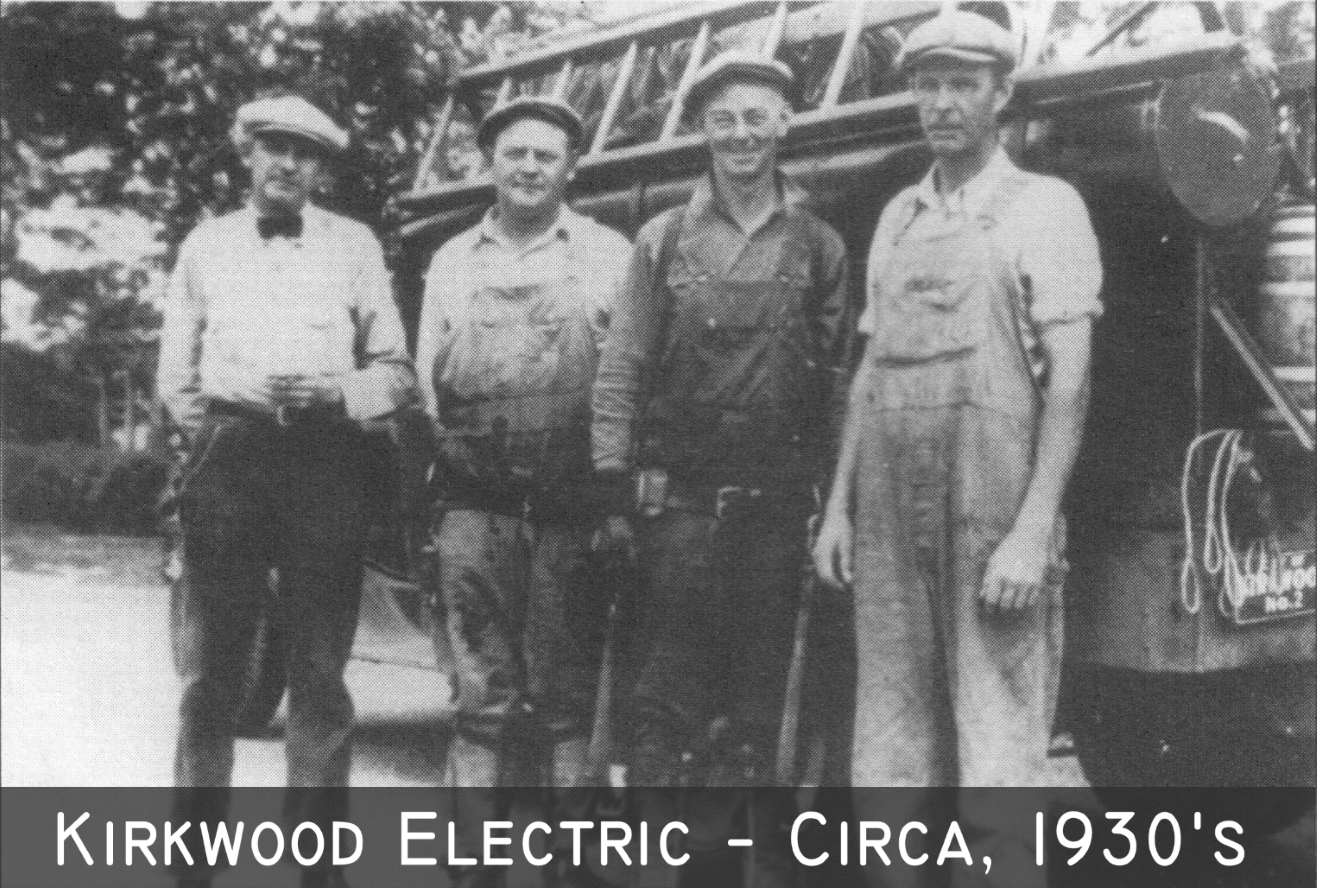 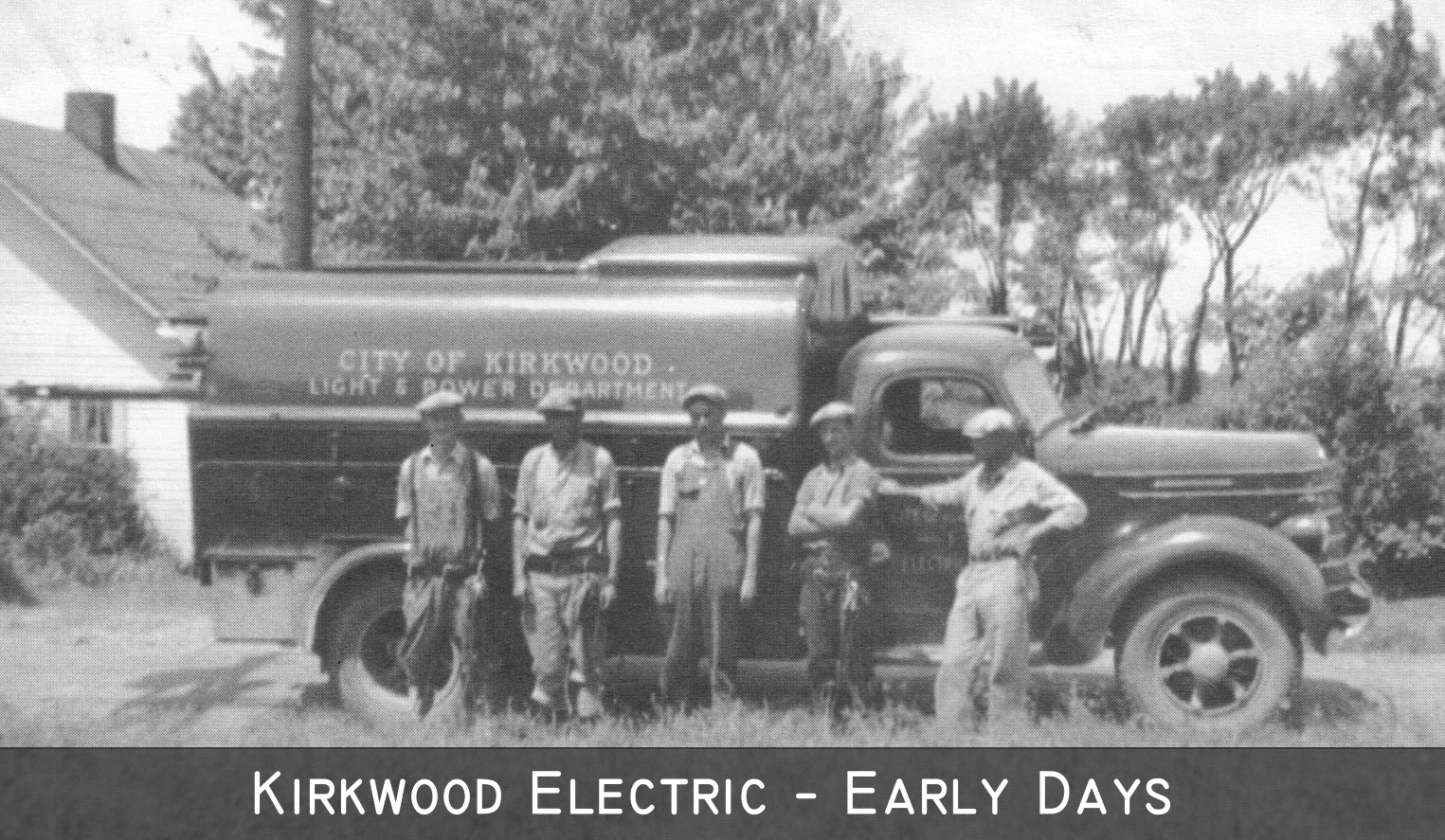 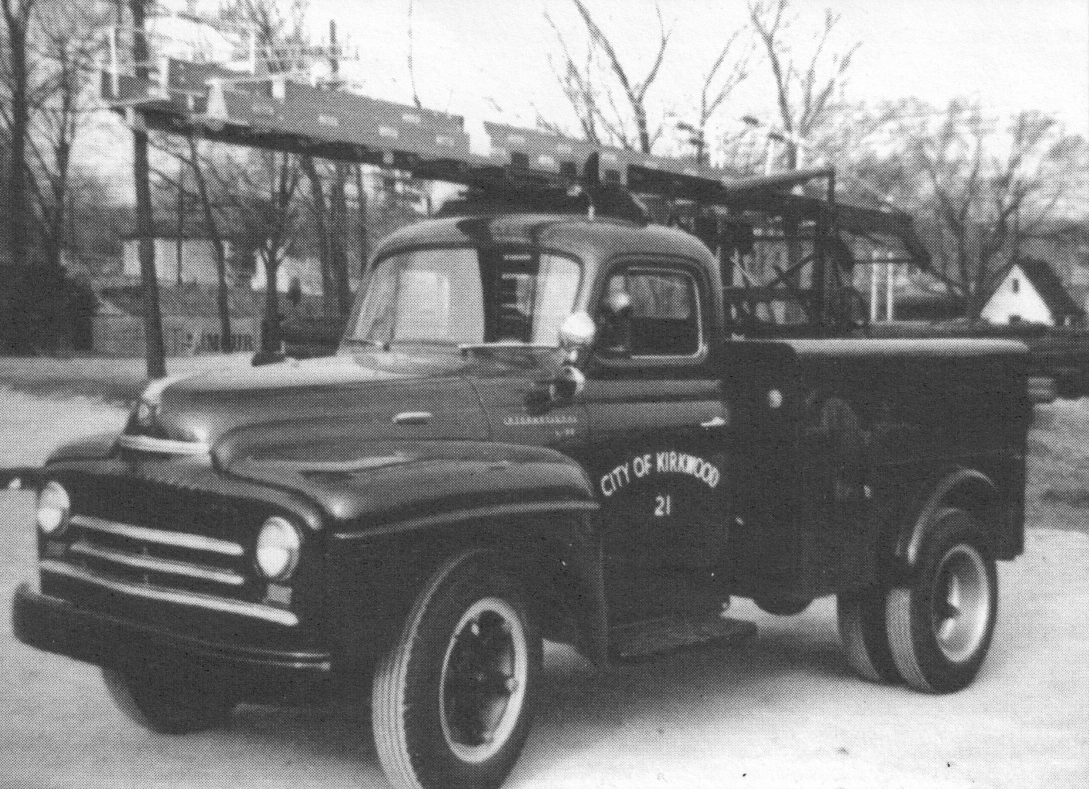 An Early History Of The Kirkwood Electric Department

Also in 1902, the furnaces in the plant reportedly consumed about 50 bushels of coal each day in order to generate the necessary power. There were more than 1,000 lights in private residences by 1902. The streets of Kirkwood were lighted by 250 electric lights, which was no small accomplishment for a plant in operation only slightly more than a year.

By 1911, so many request for electric service had been received from people living outside the range of the original wires that an “Electric Light Extension Fund” was established and $10,000 in bonds were issued to cover the cost of extending the wires to new customers.

Following the United States’ entry into World War I, on December 6, 1917, the aldermen found it necessary to light only half of the “white way” lights on Webster Road (now Kirkwood Road) and Main Street (now Argonne Drive) each night in order to reduce the amount of coal used at the light plant. In July 1918, Judge Sam Hodgdon, Fuel Administrator of St. Louis County, advised the Kirkwood Board of Aldermen to close its municipally owned and operated electric plant and purchase current from the Union Electric Company as a patriotic action to reduce coal consumption during wartime. The city com- plied. In 1921 the City leased the generating plant building to the Kirkwood Ice Cream Company.

(Reprinted with permission from A History of Kirkwood, by June Wilkinson Dahl, published by the Kirkwood Historical Society, 1965, pages 182-187.)